Today we say goodbye to Cobán’s cardamom-scented air, big white churches, and extraordinary sights to head to Antigua. Our time in Cobán and Semuc Champay has ignited the adventurer, the questioner, and the snacker in all of us.

As you might imagine of a place that actually smells like cardamom on the streets, pastoral beauties have characterized the last few days. Unlike the broad highways and Beverly Hills 90210-worthy malls we confronted in our short time in Guatemala City, Cobán is speckled with rolling hills of banana trees, colonial-era churches, and circuitous back streets lined with food venders.

The Mayan traditions feel more obviously saturated in the soil here than in Guatemala City—you’ll see a photo of Carlos’s sister Gabi wearing traditional ceremonial clothing below. The coupling of these rich foundational traditions and 21st century buildings and agriculture and commercial development (not to mention the bottomless baskets of tostadas and bottomless bowls of turkey stew—more on that later) characterizes the Cobán we’ve come to love in such a short period of time.

Semuc Champay is nestled in the region’s lush mountains; it’s certainly a popular tourist destination—more than one student hollered “gringos!” as soon as we arrived—but it somehow manages to feel authentic. The pristine blue-green pools of slick rocks and nibbling fish refreshed us after a muddy and thrilling scramble through caves that hold more stories than I could ever imagine. In those caves saw a spot for animal sacrifice, and we visualized what it must’ve been like to be one of the first people to tread on the drippy ground of that massive cave (without hiking boots and noble, albeit mischievous, guides). It’s a humbling experience to walk through a natural formation that is profoundly important to the people who live there; it makes one think about tradition, ceremony, bravery and strength. How brave would you have to be to go inside a cave alone, not knowing what was inside, not having lights, not having a nimble guide telling you to “aqui” for each foothold? How incredible is it to be a person who knows their descendants walked those caves hundreds—thousands—of years prior to engage in the traditions that helped form who they are today?

We were far, far from being the first people in those caves, so we certainly weren’t discovering them like the title of our trip (Discovering Guatemala) might imply. But in my estimation we did something pretty cool: we joined millions of other footprints that day, becoming another minute thread in the weave that is Guatemala. And, as travelers we took a moment to appreciate that we are small yet profound parts of this fabric, capable of appreciating great beauty and—best of all—practicing empathy, asking questions, and helping one another (actually) get out of tight spaces. 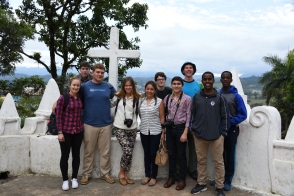 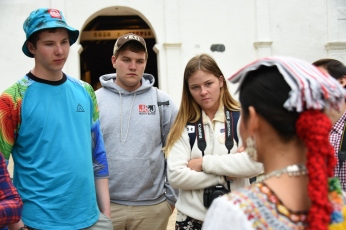 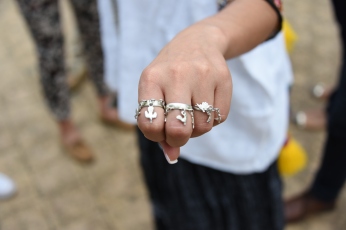