We had an early morning today, departing from Cologne by 8:00 am for the four hour drive to Stuttgart.  We’re actually in this area to visit the historic small town of Calw, the birthplace of the Nobel Prize-winning novelist Hermann Hesse, which we will do tomorrow.  In the meantime, we took full advantage of Stuttgart.  After we checked in to our hostel, we went downtown where we met a former student of Mr. Parsons, Heather Beck Lueft, and her friend Torsten Wenisch, an environmental engineer.  Mr Wenisch gave us a great tour of the city, including the huge railroad project Stuttgart 21 and the parliament of Baden-Württemberg, which was pretty exciting. some great pictures resulted! We had another great German dinner followed by gelato.  It is off to Calw in the morning. 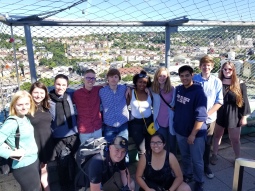 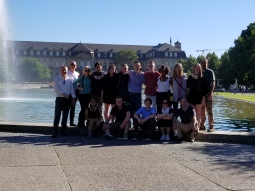 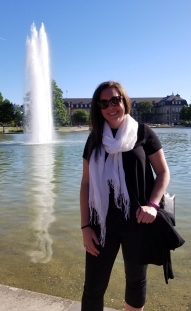